In 1999, I founded the fan page spencerhill.de, which was the only one dedicated to the two actors, Bud Spencer and Terence Hill, and which wanted to honor them. At the time, there was hardly anyone who dared say their names in public or to say that they were fans, but with the help of the fan page, this began to change. This was a meeting point for like-minded people, and we had an idea to bring them together so that they can communicate in the real world.

In 2001 we made the first attempt to organize a fan meet in Hameln. We rented a Cinemaxx cinema and agreed on a cooperation. We set the date to September 1, the same as the founding of the Bud Spencer and Terence Hill club, so that nothing would go wrong. 150 fans got together in the cinema, and the night marathon began. Starting at 2PM wasn't an option back then. At 10PM, "Crime Busters" came on the screen, the atmosphere was great, and during break there was a traditional bean stew to fill the stomachs, before we continued with "Who Finds a Friend Finds a Treasure" and "Go for it", but not everyone made it to the end. With a small minus and a good feeling, that most people had fun, we went back home. 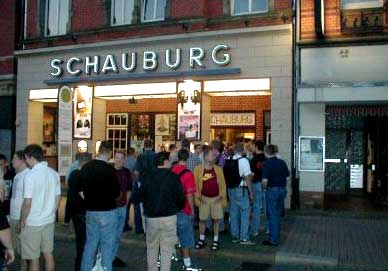 In the following years, we were on the lookout for a location, where we could build something up. That's just what we found in Northeim's "Neue Schauburg". Between 2002-2006, the village was the center of the Spencerhill fan meet, and the excitement was on the rise. In 2002, we had 100 more fans than at the debut. In 2004, after the cinema's 320 seats no longer accommodated us, we moved to the town hall. Here, 450 fans found space, but the organizational effort was very high, since there wasn't a cinema to begin with, and one had to be built first. At this time I decided to take a break for a year. The double burden of a day job was too much. In 2005, there was a privately organized meet in Northeim. Shifting down, in 2006 we met once again in Neue Schauburg, but we had to search for a new location again because of lack of support from Northeim and rising demand.

The search for a new location

In the following years, the Spencerhill Fan meet went through quite a few locations. This was mainly due to our requirements, rather than wanting to create a traveling circus. The first stop was Leipzig. With the congress hall, we found a worthy successor to Northeim. And for the first time, we started the meeting much earlier than 10PM. At 2PM on September 13, 2008, the hall doors opened for 600 fans. The program has also been expanded to include more than movies. Movie scenes could be reinacted on pocker tables, or you could simply play poker. For the first time there was also a live act. Unfortunately, the band didn't know that they should learn more than two Spencer Hill songs, and the highlight went missing.

2009 was the year, when the first fan came in costume. It was the pirate from "Who Finds a Friend Finds a Treasure". There were a lot of beautiful details, and everyone knew immediately who he was. 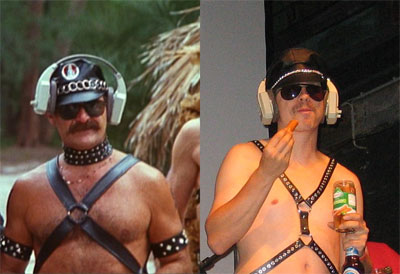 In 2010, the Spencerhill fan meeting moved from Leipzig to Halle's Urania. For the first time, we tried to include the Friday, and there was a nice party. While more than 700 fans were there on Saturday, only 100 arrived on Friday. This didn't prevent the fans from celebrating on Friday, while the fans' costumes on Saturday caused quite an uproar in the city.

Between the Western city and and the town hall

In 2011, we went to Harz. This was the first chance to have the Spencerhill fan meeting in a Western city. A grand location that couldn't have been a better fit to our theme. We spent 2012 there as well, and the highlight that year were certainly the tank driver. Using a lawn mower and wood, as well as some paint, he recreated the tank from "Who Finds a Friend Finds a Treasure". And the best part is, it drove.

Due to differences of opinion, we had to look for a new location in 2013. Unfortunately, a handshake doesn't always count, even though in the last years I've always relied on such deals, and still believe in them today.
It wasn't easy to top the Western city. We rented the town hall in Ilmenau, where we got the chance for the first time to manage our own food. This was important, since we needed every cent to make the location interesting and ensure programming. In front of the hall, the fans were able to let loose on a mechanical bull, eat real pistachio ice cream and marvel at cars from the 70's, provided by a local club. A select few were also able to try their hand with an anvil and hammer, like in "Crime Busters". And, we tried recreating the air balloon scene from "Watch Out, We're Mad!".
This year, the Friday should have come into play yet again, and we tried to integrate it once more. And with great success! Almost 500 fans out of the total 800 arrived already on Friday. A perfect weekend.

The demands for a Western location were loud, and the choices were few. That's when I thought of the Western town in Templin. I considered it years before, but decided against it. Maybe that was our luck. It was the right time, the right partners and we were welcomed with open arms. At the first meet in the Western city in 2014, it was clear that everyone was motivated and had lots of fun. There were constantly new ideas coming from the Western city, from fans and also from us, and we tried and will keep trying to make them a reality.
After getting to know each other in 2014, in 2015 we got the opportunity to use the Western city's 16 hectares exclusively for us. This let us expand the program considerably. At this point, thanks to the stuntman, we were able to have a Spencerhill stunt show, and Spencerhill steam boats on the lake and much more.

The move to Terence Hill's childhood

As most fans know, Lommatzsch was where Terence Hill lived several years as a child. So, in 2018 everything was in place. While at the beginning, only a trip to Lommatzsch was planned as a sort of pilgrimage on Thursday, as our event was only 2 hours away, this changed with more ideas and assurance from our guests. In 2018, the Festival was moved completely to Lommatzsch, and we were warmly welcomed. Some of the planning had to be started from scratch. But one thing was clear, we wanted to work of the theme of "Watch Out, We're Mad!" and made plans for an amusement park and many details from the movie. There were the key cars, such as the red/yellow dune buggy and the red Ford, which Bud Spencer and Terence Hill race through the town at the start of the film. And, of course, there were the two motorcycles. This was to be the biggest fan meet to date. The Spencer Hill Magic Band from Hungary, the Dune Buggy Band from Italy, as well as the Bud Spenzer Heart Choir were invited to entertain the fans with live Spencerhill music. As guests, Riccardo Pizzuti, Sal Borgese, Oliver Onions, Marcus and Jorgo from "Sie nannten ihn Spencer", as well as Klaus Löffler, the known Bud Spencer double were invited.

The bar for 2019 was set high. With 1978's "Odds and Evens" slated as the theme, at the end of August 2019 there will again be a large playground and you can expect many details and an exciting program.

It was clear that the pandemic would be with us for a while, so an event of this magnitude for 2022 and with only 1,000 fans could not be realized. A new solution was needed.

We came up with a great idea: the first Spencerhill Film Festival. A bit of a return to the roots. The Urania cinema in Berlin seemed like the ideal place. The courtyard leaves room for outdoor activities, while the program takes place in the theaters. Not only will films be shown, but there will also be a big concert: our guest will be the Maestro himself, Mr. Trinity, aka Franco Micalizzi, with his orchestra. There will also be an award ceremony for Bud Spencer and Terence Hill. With any luck there will also be a well-known guest. All the information is available here.

A date has been set for the Spencerhill Festival 2023, to be held July 27-30, 2023. It will be the biggest and most beautiful festival ever. Although many VIP guests have already been with us in past editions, the 2023 festival will be great. You cannot miss it! 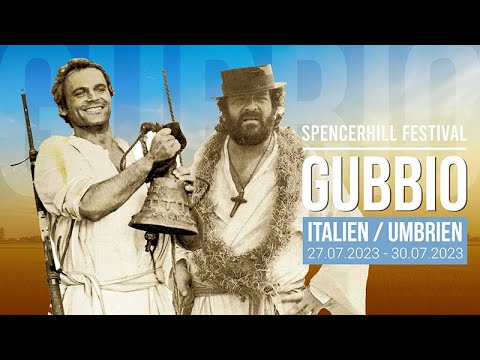 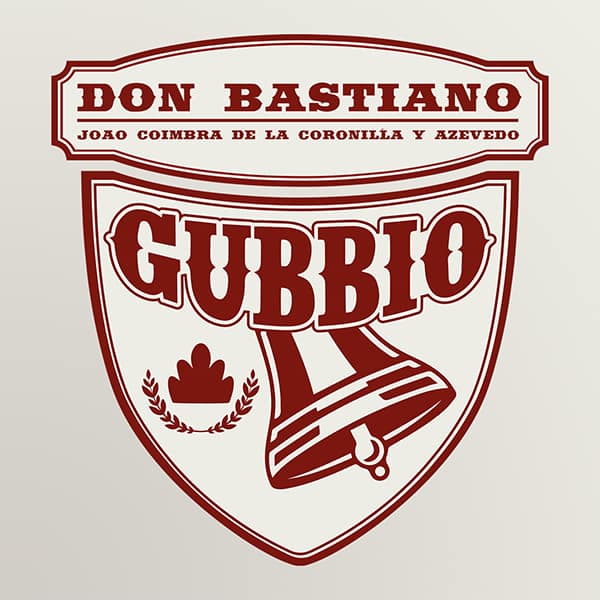 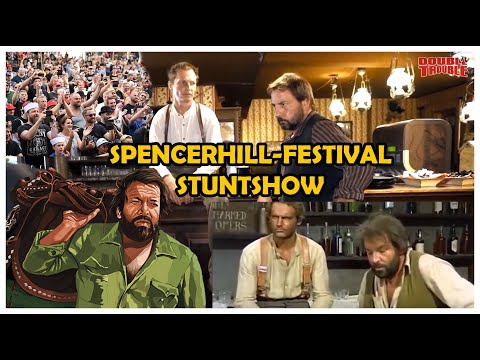